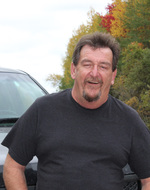 Ferguson, Miles Trevor - Age 64, Wentworth, passed away peacefully at the North Cumberland Memorial Hospital, Pugwash on December 31, 2020, after a lengthy illness. Born in Digby, he was the son of Beverly (Bell) Ferguson and the late David Ferguson. Along with his mother, he is survived by his spouse, Veronica McKinnon; son, Adam Ferguson and three granddaughters Ainsley, Rilee, and Madi Ferguson; sister, Julie Ferguson. Besides his father, he was predeceased by his son, Trevor Ferguson and his brother, Matt Ferguson.

From an early age, Miles worked in the trucking industry, travelling across the country and the US. In recent years he was self-employed, trucking in the local area.

Miles had a passion for snowmobiling, four wheeling, motorcycles and antique cars. He had a great love for his four legged companions and will be missed by his special girl Kaycee.

In lieu of flowers, donations may be made to the Colchester Branch - SPCA.

Cremation has taken place under the care and direction of Colchester Community Funeral Home, Truro. Interment will be held at a later time in Riverside United Church Cemetery, Bass River. A gathering of friends and family will also take place at a later date. Online messages of condolence may be sent to Miles’ family by visiting: www.ColchesterCommunity.com