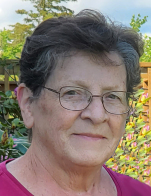 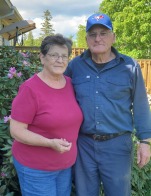 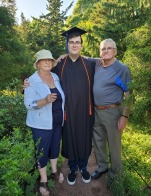 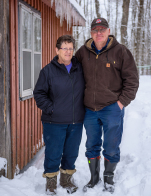 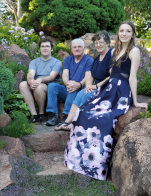 In Memory of
Gayle Christene
MacRae
Click above to light a memorial candle.
Memorial Candle Tribute From
Colchester Community Funeral Home
"We are honored to provide this Book of Memories to the family."
View full message >>>
Send Flowers
Menu 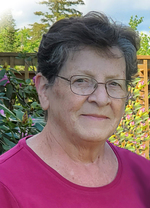 MacRae, Gayle Christene - Age 76, Upper North River, passed away at home on April 5, 2022 with her loving family by her side after a short but strong fight with stage four Glioblastoma Brain Cancer. Diagnosed in late June - early July 2021, her perseverance, grace and determination has been inspiring over the past nine months. Gayle was born on December 11, 1945 to the late Peter and Jennie (Lynch) MacNutt in Earltown, NS. She grew up on a mixed farm, so she was never afraid of a little hard work or getting her hands dirty.

Gayle started her career as a Stenographer with the Nova Scotia Department of Agriculture, then became an amazing stay-at-home Mom after Elaine and Andrew were born, taking them to all of their activities, whether it was music lessons, softball, hockey or figure skating. She spent many an early morning in a rink. Once they were older, Gayle returned to the workforce as an Administrative Assistant with the Colchester East Hants Health Authority (now Nova Scotia Health Authority - Northern Zone). This was a career she absolutely loved and she made many friends and excelled at her new role, however she loved nothing more than retiring in 2006 to take care of her two grandchildren. Grandma was always up for an adventure and took the grandkids on many local road trips so they could experience everything that her kids did, from the beach to the wildlife park, trips to Halifax and even a tour of a coal mine. Gayle was very smart and resourceful, always keeping learning exciting and fun at home for the kids. She sparked her kids and grandkids interest in reading, math and science fostering their love of learning at an early age. She attended every school, art, music or sporting event that her grandkids were involved in and even attended her grandson’s grade twelve graduation three days after brain surgery. Gayle loved to travel and she and Alec were able to take many trips to see Andrew in various locations over the years such as North Carolina, Tennessee, Georgia, Florida, Hawaii, Manitoba and New York.

Prior to her illness, Gayle ran MacRae's Rocky Ridge Maple with her husband, Alec and their family for thirteen years. She kept her family organized with supplies and sales at the door, kept the fire going in the sugar camp, as well as kept them fed during the long hours when the sap was running each spring. Gayle never stopped working or really slowed down until cancer struck. Always in the garden or in the woods and was known for her amazing baking skills which she passed down to her kids and grandkids.

Besides her parents, she was predeceased by nephews, Kelly MacLeod and Brian Thompson; sisters and brothers-in-law, Eric, Clayton, Boyd and Frederick MacRae, Doreen and Clayton Murdock, Bob Thompson, Gladys and Basil McNutt, Bruce Dalrymple as well as mother and father-in-law, Freda and Ernest MacRae.

As per Gayle's wishes, there will be no visitation or service. Cremation has taken place. A private interment in Blackmore Cemetery will take place in the spring. A special thank you goes out to Dr. Mary MacNeil, Dr. Henderson, Cancer Coordinator - Darlene Holmes and the nurses on the 3rd floor for their compassion and kindness, the emergency room staff at CEHHC, as well as the Radiology Team for their skill in diagnosis, VON Homecare and Nurses who enabled Gayle to be home with family for her final month and a huge thanks goes to friends, family and neighbours for their support, keeping us all fed through her battle with cancer and maple season, the cards, messages of support, visits and flowers which Gayle loved so much.

Donations may be made to Blackmore Cemetery, CEHHC “We Care About Cancer” or a charity of your choice. A Graveside service will be held on Sunday, July 3rd at 2pm in Blackmore Memorial Cemetery, Upper North River. Arrangements have been entrusted to Colchester Community Funeral Home, 512 Willow St., Truro, NS. Online condolences are available at www.ColchesterCommunity.com