In Memory of
Carol Diane
Tomlinson
1944 - 2022
Click above to light a memorial candle.
Memorial Candle Tribute From
Colchester Community Funeral Home
"We are honored to provide this Book of Memories to the family."
View full message >>>
Send Flowers
Menu 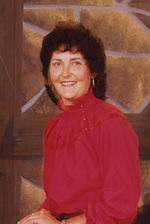 TOMLINSON, Carol Diane – age 78, Millbrook First Nation, passed away May 10, 2022, at the Colchester East Hants Health Centre. Born in Minasville, Hants County on February 8, 1944, she was a daughter of the late Laurence Tomlinson and Thelma (Cameron) Tomlinson.

Carol worked at different jobs in Canada and the United States mainly in the business field. She was often found travelling the roads when the urge struck her. She enjoyed horses of which she owned and rode when she was younger and had an affinity for same. She also had tried her hand at flying airplanes and the occasional drag race! On a quieter note, she enjoyed sewing and other crafts and loved the shore she was born to and had fond memories of same.

The family would like to thank the nurses and doctors for her care over the past few weeks. There will be visitation at the Millbrook Senior’s Centre, 841 Willow Street, Millbrook First Nation beginning on May 16th at 2pm until 8pm and May 17th at 2pm until 8pm. COVID 19 restrictions in place. No funeral service by request. Private family burial at a later date at Oak Island Cemetery, Maitland, Nova Scotia.
Arrangements have been entrusted to Colchester Community Funeral Home, 512 Willow Street, Truro, NS. Online condolences may be sent to Carol’s family by visiting www.colchestercommunity.com.