In Memory of
Walter Roland
McElhinney
1939 - 2022
Click above to light a memorial candle.
Memorial Candle Tribute From
Colchester Community Funeral Home
"We are honored to provide this Book of Memories to the family."
View full message >>>
Send Flowers
Menu 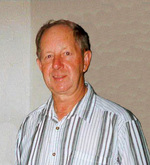 McElhinney, Walter R. – Age 83, Central Onslow, passed away on May 13, 2022 in the Colchester East Hants Health Centre, Truro. He was a son of the late Ira and Helen (Fisher) McElhinney. He was born in Lower Debert on the farm that had been in the McElhinney family since the 1780’s.

Walter loved music, especially “Old Time” fiddle music and waltzes. He and Jean attended many dances. Another favourite interest was antique cars. He restored several, but his favourite was a 1963 white Ford Thunderbird.

In the summer, he golfed and in the winter, he curled. He liked to remind people that his name was on the trophies at the Curling Club and the Golf Club.

Walter was a fifty year member of the Onslow Belmont Fire Brigade. He served in several offices over the years. He was Deputy Chief, Chief and finally, Treasurer.

Besides his parents, he was predeceased by son, David; infant twin sons; brother, Arthur (Marie) and sister, Margaret.

Donations in Walter’s memory may be made to CEHHC “We Care About Cancer,” CEHHC Foundation or charity of choice.

A celebration of Walter's life will be held on Thursday, June 2nd from 6-8pm in Colchester Community Funeral Home, 512 Willow St., Truro, NS. Online condolences may be sent to the family by visiting www.ColchesterCommunity.com