In Memory of
Robert  Charles  "Bob "
MacPhee
1941 - 2022
Click above to light a memorial candle.
Memorial Candle Tribute From
Frontrunner Professional
"The lighting of a Memorial Candle allows visitors to leave a symbolic gesture of"
View full message >>>
Send Flowers
Menu 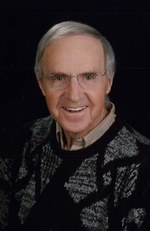 Robert was born on March 25th, 1941, in Glace Bay. He was a son of the late Charlie and Alice (Janes) MacPhee. Robert grew up in Glace Bay and in 1968, moved to Truro with his new wife, Tena. During the past 53 years, they became the proud parents of Robert (Susan), North Sydney, Stephen, Brisbane, Australia, and Paul (Laura), Shubenacadie. Robert was also the proud grandfather of Josie, Tina, Joshua, Grace, and Lily and great-grandfather of Liam.

Bob was a member of Immaculate Conception Parish in Truro. It was his family and faith that gave him the greatest joy. He was a social worker at the Nova Scotia Youth Training Centre for 27 wonderful years.

He is survived by brothers, Kenneth and Brian; sisters, Mary, Diane, Deborah and Sandra.

We would like to thank Dr. Murray, Dr. Webster, Jennifer, the Oncology Department, nurses, VON nurses and all the hospital staff for the excellent care and support during his illness.

Donations in Bob’s memory may be made to the local Food Bank.