In Memory of
George Melville
Cooke
1938 - 2022
Click above to light a memorial candle.
Memorial Candle Tribute From
Frontrunner Professional
"The lighting of a Memorial Candle allows visitors to leave a symbolic gesture of"
View full message >>>
Send Flowers
Menu 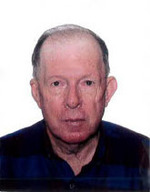 Cooke, George Melville, CD2, MSM – Age 84, of Debert, formerly of Highland Village, passed away on September 7, 2022, in New Glasgow. Born in Portapique on February 11, 1938, he was a son of the late Harold and Muriel (Spencer) Cooke.

He was a resident of Debert for the past 39 years. He served in Canada’s Armed Forces for 33 years, retiring in 1989 with the rank of Captain. He was a life member of the Royal Canadian Legion #106, Debert. The Legion awarded him the Meritious Service Medal in November 2007. He held many executive positions in the Branch, including that of President. He was very active in the annual Poppy Campaign and was the Zone 10 Co-Ordinator for the Legion organized “Call to Remembrance” program that involved the local Junior High Schools. He held this position in excess of twelve years.

George was an ardent fan of old country and western music, spending many evenings with his guitar, entertaining the local seniors with his renditions of old favourites. He also enjoyed woodworking and spent many hours in his workshop creating everything from lighthouses to bedroom and kitchen furniture.

Besides his parents, he was predeceased by his sister-in-law, Louise.

Family flowers only. Donations may be made to Mahon Cemetery or charity of choice.

A visitation will be held on Saturday, September 17th from 1pm until time of funeral service at 2pm both in Colchester Community Funeral Home, 512 Willow St., Truro, NS, with Rev. Valerie Kingsbury officiating. Burial will follow in Mahon Cemetery, Great Village. Webcasting will begin at 1:58pm (AST) and is available along with online condolences at www.ColchesterCommunity.com