In Memory of
Russell  Levi
Collins
1943 - 2022
Click above to light a memorial candle.
Memorial Candle Tribute From
Colchester Community Funeral Home
"We are honored to provide this Book of Memories to the family."
View full message >>>
Send Flowers
Menu 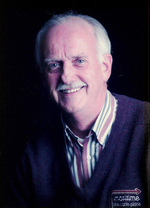 Russell Levi Collins died at home in Onslow on November 12, 2022, at 79-years of age, following a second battle with cancer. Born the youngest son of the late William and Anne (Burris) Collins, Russ lived his entire life in the greater Truro Area.

Russ was a well respected and treasured member of the auto recycling profession. He proudly worked for 35 plus years at the Maritime Auto Salvage (Maritime Auto Parts) in Debert. For years, his home in Onslow was the unwritten depot for anyone looking for a car part when the shop was closed.

A lifelong Montreal Canadiens fan, he took special pride in the team’s success, reminding many a Leaf fan of their long list of cup wins. He especially relished in last year's astonishing cup run, holding the Toronto Maple Leafs defeat with a special pride.

Besides his parents, he was predeceased by his wife of 25 plus years, Nancy Collins; his brothers, Dawson Collins and Herbert Collins; sisters, Dorothy Creelman and Edna Collins and best friend, Terry Rushton.

In lieu of flowers, donations may be made at The Nova Scotia Heart and Stroke Foundation.

A visitation will be held on November 18th from 1:30pm until the time funeral service at 2:30pm both in Colchester Community Funeral Home, 512 Willow St., Truro, NS. Webcasting will begin at 2:28pm (AST) and is available along with online condolences by visiting www.ColchesterCommunity.com