To share your memory on the wall of Walter Termeer, sign in using one of the following options:

It is with deep sadness that we share the news that Walter passed away unexpectedly on May 2, 2020.
Walter was born in Markenesse, Holland and attended high school in Kensington, PEI... Read More
Walter Conrad Termeer, age 54 of Brookfield, NS

It is with deep sadness that we share the news that Walter passed away unexpectedly on May 2, 2020.
Walter was born in Markenesse, Holland and attended high school in Kensington, PEI before studying at the Nova Scotia Agricultural College where he earned a BSc in Agriculture, majoring in soil science. In 1995, he founded Fundy Compost on some 110 acres in Brookfield where he made his mark in the composting industry across Canada. In fact, he was planning a 25th anniversary celebration for the company this summer; and he will definitely be there in spirit, watching with pride as his son, Alex, leads Fundy Compost into the future.

Walter had a ferocious appetite for learning and reading and discussing and debating; and his greatest passion was for growing things. One of his favourite sayings was “be the change you want to see in the world,” and he lived that belief in everything he thought and said and did. Walter believed in the need to move organics recycling and compost use forward and was deeply committed to protecting the environment. He was driven to encourage others to adopt his “slow composting” practices, which Walter knew were the most effective and responsible way to optimize the nourishment of our soil and, therefore, the food we grow and the quality of the nutrition we put into our bodies. Nothing excited him more than to witness others planting their own vegetable gardens and doing so in an environmentally responsible way.

Walter was seen as a pioneer and advocate in his industry, known as someone who was always willing to hear others’ opinions while being equally comfortable in sharing his own. He had a decades long relationship with the Compost Council of Canada and served on their National Board of Directors representing the Atlantic Canadian region. He had always been available, contributing his insight and time to help the Council shape its direction and focus. He was also a member of the Compost Quality Alliance, the Nova Scotia Fruit Growers, the Grape Growers Association of Nova Scotia, and Landscape Nova Scotia; and he supported the agricultural research efforts of A&L Canada Laboratories. He had a very strong network of colleagues in his industry, earning their respect through his values, determination and hard work.

Walter was predeceased by his father, Wolter ter Meer and his mother, Koendertje Doevendans. He is survived by the love of his life, Jane Mitchell; his son, Alex; his stepsons, Lucas and Dominic Jansen and his beloved dogs, Maggie and Plume. The youngest of seven, he is also survived by his brothers, Jan (Riet), Albert (Dora), and Jakob (Diana) and by his sisters, Vrouwke (Wybren), Janny (Chris) and Margreet (Hans). He also leaves behind an incredible team at Fundy Compost that he thought of as family and a large circle of friends and colleagues locally, provincially, and nationally.

A celebration of his life will take place at a later date. If you would like to do something to honour Walter’s legacy, the Compost Council of Canada have made arrangements with Dalhousie University’s Faculty of Agriculture (formerly the Nova Scotia Agricultural College) to establish an award in Walter’s honour with the help of professors, Gord Price and Lord Abbey, both of whom have been working on projects with Walter. Walter was an NSAC alum, and gifts will provide critical financial support to students in his name. Gifts may be made online at giving.dal.ca/Termeer or by cheque, made out to Dalhousie University and sent to: Office of Advancement, Faculty of Agriculture, P.O. Box 550, Truro, NS B2N 5E3. It is the family’s wish that his legacy be rooted in furthering research, education and awareness around the body of work that defined and shaped Walter’s life.

And as you remember him, you can reflect on another of his favourite quotes:

The Tao that can be told is not the eternal Tao;
The name that can be named is not the eternal name.
The nameless is the beginning of heaven and earth.
The named is the mother of ten thousand things.
Ever desireless, one can see the mystery.
Ever desiring, one can see the manifestations.
These two spring from the same source but differ in name;
this appears as darkness.
Darkness within darkness.
The gate to all mystery.

We encourage you to share your most beloved memories of Walter here, so that the family and other loved ones can always see it. You can upload cherished photographs, or share your favorite stories, and can even comment on those shared by others.

Posted May 14, 2020 at 10:00am
Dear brother and good friend, we will deeply miss you but shall remember you in our minds and in our hearts. With warm regard ,Jan and Riet, Holland. 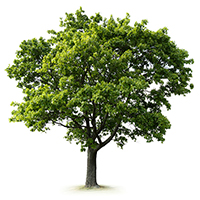 Posted May 14, 2020 at 01:44am
Our deepest sympathies to the Termeer family. The soil and compost industry has lost a true leader and visionary.

Posted May 12, 2020 at 04:59pm
Deeply saddened we learned of the news that Walter has left us far too soon. Walter was my youngest brother who left with my parents to Canada. I don’t remember much about his earlies years, but I do and will remember with joy the memories of:

The frank and honest emails we wrote to each other for a long period of time. Sometimes we wrote in a philosophical way but always honest and sincere. They were cheerful in good times and provided us with comfort in difficult times.

His trip with his friend Nelson and their sons Alex and Wade to the Netherlands in June 2009. During which they also visited the Canadian War Cemetery in Groesbeek and other second world war mementos.

My golf trip / family visit to Walter, Albert and Jaap in September 2011. Partially paid with his airmiles. As we both play golf, he thought it was important to do this together.

Dear brother and good friend, I will deeply miss you and extend my sincere condolences to Alex, Jane, everyone at Fundy Compost and those who knew and loved him.

With warm regard, Jan and Riet. Posted May 12, 2020 at 07:24am
In september 2015 my wife Janny and I came to Canada to celebrate Walter's 50th birthday. We had a wonderful time there and I learned many facets of my brother-in-law: the self-confident entrepreneur, eager to succeed; the avid reader, wanting to discuss the content of the book; the happy family man, caring and determined; the intuitive cook, preparing meals without recipe; the music lover, enjoying the lyrics; the spiritual man, in tune with nature and cosmos; the calm car driver, coffee cup at hand. During one of the breaks on our way to Brookfield, I took this picture of him. I was joking about his T shirt 'Real man wear pink' and then he bursted in laughter. I want to share this picture, as a remembrance of a real man, who will be missed by so many. Dear Jane and Alex, I love and support you.