In Memory of
Carl Augustus
Shaw
1943 - 2021
Click above to light a memorial candle.
Memorial Candle Tribute From
Colchester Community Funeral Home
"We are honored to provide this Book of Memories to the family."
View full message >>>
Send Flowers
Plant a Tree In Memory of Your Loved One
Click Here
Menu 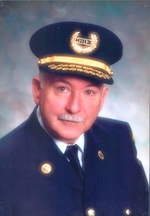 Shaw, Carl Augustus. It is with great sadness that the family of Carl Augustus Shaw announce his peaceful passing, surrounded by loved ones at home on March 19, 2021 after a second unexpected battle with cancer. He was 77. He was born on July 20, 1943 in Louisbourg, Cape Breton to the late Jessie and Stanley Shaw but grew up in Dartmouth. Dad graduated from the Nova Scotia Teachers College (NSTC) in 1963 and after teaching Industrial Arts in the public-school system, he attended Gorham State University, ME and graduated with his Master of Education. He returned to Truro and began his career as a professor at the NSTC, where he met and married the love of his life. He retired from NSTC with its closure in 1996. Retirement life did not suit Dad (or his loving wife Pat) and he returned to work as the Emergency Measures Co-Ordinator for the County of Colchester for thirteen years.
Dad will be extensively remembered for all of the time he donated to his community and province in numerous volunteer roles. Dad was a member of the Salmon River Fire Bridge from 1977-2011, he held various positions within the brigade and retired after serving eleven years as Chief. He was a founding member and a driving force behind the creation of Special Hazards Response Unit (SHRU) in Bible Hill. He also served as director and secretary of the Nova Scotia Firefighters School for several years. Along his journey he was the president of the Colchester Fire Fighters Association and was a member of the Truro Kinsmen. Never shy to step up and volunteer when needed, Dad was as easily found at the hall most evenings. Over the years, he spent a great deal of time following and supporting his children’s many extracurricular activities and sports. Dad and Mom had a small business for over 30 years and would spend many fall weekends attending craft fairs around the Maritimes. Dad was always working on a project and was a jack-of-all- trades. He could find a solution to anything that needed fixing.
Outside of his volunteer time and supporting his children, Dad had a great love of the outdoors. Before settling down he spent a lot of time camping and canoeing. After starting a family, Dad’s happy place was at “The Shore”. The cottage was a labour of love for him and Mom, having built it from the ground up, year after year. Summer days were spent on the beach, swimming, eating lobster and working away at the projects for that year, of which there were always many. Evenings were filled with bonfires and cribbage or rook games. Always proud of what he and Pat had built, the cottage played host to many Easter and Thanksgiving family get togethers, social events, school trips and a wedding. They always had an open door for anyone who ventured down the driveway to say hello, anyone who needed a couch to sleep on or a gathering place for his children and their friends.
Carl will be deeply missed and survived by his wife, life partner and best friend Patricia of 48 years and his children, Phillip (Tanya), Carla (David), Julia (Chad), William (Kelsey); brother and many nieces and nephews. Papa, a title of great pride for him, will be greatly missed by his seven grandchildren, Alex, Sam, Ben, William, Jack, Ellie, and Baby Gwenlyn. He will be missed by many close friends who have become like family over the years.
Due to the current COVID-19 restrictions the family will be holding a small private (by-invitation only) service. A Celebration of Life and Firefighters tribute is planned for a later date. Memorial donations in Carl’s name may be made to Salmon River Fire Brigade, VON, palliative care or charity of own choice.
Arrangements have been entrusted to Colchester Community Funeral Home, 512 Willow St., Truro, NS. Live webcasting will begin on Tuesday, March 30th at 1:58pm (Atlantic Standard Time) and is available along with condolences by visiting www.ColchesterCommunity.com


Order of Service / Bulletin is available under "Memories" and "Memorial Program" for those viewing via webcast.