In Memory of
Sheila Margaret
Dickey
1940 - 2021
Click above to light a memorial candle.
Memorial Candle Tribute From
Colchester Community Funeral Home
"We are honored to provide this Book of Memories to the family."
View full message >>>
Send Flowers
Plant a Tree In Memory of Your Loved One
Click Here
Menu 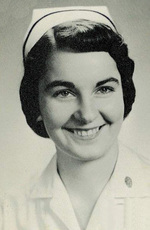 Dickey, Sheila Margaret – Age 80, Halifax, formerly of Otter Brook, passed away in her home in Halifax on May 1, 2021. She was a daughter of the late Lee & Elda Dickey of Otter Brook.
Sheila graduated from Brookfield Rural High School in 1957 and then attended the University of Toronto where she received a BSc in Nursing. Returning to Nova Scotia, she worked at the School for the Deaf in Amherst then at the Halifax Infirmary as head nurse in psychiatry. She finished her career working with Northwood Health Care in Halifax.
Sheila is survived by her brother, Jack (Cathy), Otter Brook; sisters, Barbie (Michael) Redden, Middle Stewiacke, Debra (John) Pollard, Truro; nieces, Michele (Michael) Toole, Krista (Hal) Fowler, Karen Dickey (Paul Hinkins); nephews, Kirk (Diane) Redden, Dale Dickey; four grand nieces, four grand nephews and one great grandnephew.
The family extends many thanks to Velda Lewicki for all that she did for Sheila.
Cremation has taken place under the direction of Colchester Community Funeral Home, 512 Willow St., Truro. A celebration of life will be held at a later date. Donations in Sheila’s memory may be made to a charity of choice. Online condolences may be sent to the family by visiting www.ColchesterCommunity.com