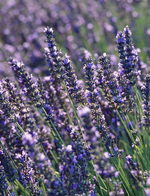 In Memory of
Gerald
Langille
Click above to light a memorial candle.
Memorial Candle Tribute From
Colchester Community Funeral Home
"We are honored to provide this Book of Memories to the family."
View full message >>>
Send Flowers
Plant a Tree In Memory of Your Loved One
Click Here
Menu

Gerald MacAuley Vincent Langille passed away peacefully January 18th, 2020 in Tatamagouche at the Willow Lodge. He was the son of G. Percy and Annie J. (MacAuley) Langille. He is survived by: his brother John V. Langille of Truro; his sister Irma Reeves of Wallace; daughter Marie-Susanne Langille and son in law David Vayo of Bloomington Illinois; son Jonathan P. and daughter in law Lisa (Jean), grandson Rémi and former wife Joyce, all of Halifax.

Gerry was born in Wallace November 5th, 1933. As a child he played pond hockey with a stick made by his father. His family kept a garden, hens and other livestock and Gerry did his part. He sometimes spoke of delivering milk and eggs to other families in the village. As a teenager, he worked at the Irving Station his father operated in those days.

Gerry was a keen student and had a lifelong passion for learning. In spite of that, he cut short high school to pursue work with C.N. Rail. He was trained as a Telegraph Operator and worked as a relief operator filling in for Station Agents at various places in Nova Scotia. Later Gerry finished grade 12 by correspondence and enrolled at Mount Allison University. He graduated around 1960 with a Bachelor of Education majoring in Economics and Psychology. Gerry was an avid reader of many subjects. When failing eyesight prevented him from reading, he continued to learn about the world by listening to CBC Radio.

Gerry and Joyce were living in Amherst when their son Jonathan was born in 1961. While waiting for a teaching job, Gerry took a position with the United Church as Lay Minister in Hopewell, N.S. While in Hopewell Gerry and Joyce's daughter Marie-Susanne was born in 1963. By 1964, the family had moved to Red Deer Alberta where Gerry taught grade 4. He remembered teaching in Red Deer with particular fondness. In 1965 the family returned to Nova Scotia and settled on a small farm at Wallace Bridge. After returning to Nova Scotia Gerry taught high school in Pugwash. Subjects he taught included: English, Biology, Economics, and Drivers Education. He was a dedicated teacher. Most students found his classes challenging and some still remember him as a favourite teacher. He taught at P.D.H.S. until 1992. For a number of years Gerry farmed part-time. The family enjoyed milk from a Jersey cow and home raised beef. There was a tilled garden and enough extra hay to feed two ponies.

Gerry enjoyed downhill skiing and for several winters was an active member of the Ski Patrol, in Wentworth. In 1994, Gerry was elected to Cumberland County Municipal Council. He continued as District 8 Councillor until 2008, and was returned by acclamation 3 times. Gerry sometimes found politics frustrating, but he took considerable satisfaction in serving his community.

Gerry's only grandchild was born in 2003. Most everyone close to Gerry knew that Rémi brought him much happiness. Since March 2018, Gerry was a resident of the Willow Lodge. The care given to him at Willow Lodge was extremely good and he enjoyed the meals particularly. The family wish to thank Gerry's neighbours and other friends, who were kind to him in so many ways.

By Gerry's request there will be no funeral service. Memorial donations may be made to: Wallace and District Volunteer Fire Department; the Wallace Cemetery; Willow Lodge or a charity of your choice. Arrangements entrusted to Colchester Community Funeral Home, Truro. www.ColchesterCommunity.com