In Memory of
Rev. David Neil
MacNaughton
1935 - 2020
Click above to light a memorial candle.
Memorial Candle Tribute From
Colchester Community Funeral Home
"We are honored to provide this Book of Memories to the family."
View full message >>>
Send Flowers
Plant a Tree In Memory of Your Loved One
Click Here
Menu 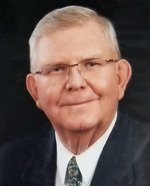 It is with great sadness that the family of David MacNaughton announces his passing on October 31, 2020 in the Colchester East Hants Health Centre in Truro.

David was born in Glace Bay, N.S., the son of Samuel and Annie Vokey. His mother died at childbirth and he was subsequently adopted by Alex and Dorothy MacNaughton.

While in high school, David worked in the Co-operative store, Dosco payroll office and the Sydney Steel Plant. He graduated from Morrison Glace Bay High School in 1953. In the fall of that year, he enrolled at Mount Allison University in Arts and Theology and met her the love of his life, Nancy Munro. He was an Officer Cadet in the U.N,T.D. (Navy) and served aboard HMCS Lauzon. His summer mission fields were in Neidpath and Rapid View in Saskatchewan and he opened a mission field in Marcil, Que.

While in Truro, the Roman Catholic Immaculate Conception Church was destroyed by fire. David, with the support of the Clerk of Session, took it upon themselves to invite the Parish to worship in First United Church until their church was rebuilt. This was approved the next day by First United congregation. (David figured it was easier to get forgiveness than permission!). The two congregations worked side by side for over a year.

He did post graduate studies at Pine Hill and Princeton University, and was a graduate of the Commercial Safety College in Masstown, N.S. as a bus driver. David served as a qualified supervisor to several theological students.

David was actively involved in several church and community organizations. He was awarded the Paul Harris Fellow in the Rotary Club. He was chaplain of the Truro Volunteer Fire Brigade for 27 years, and the recipient of a 20-year medal for meritorious service by the Federal Government.

David was the author of four books:
The Beatitudes and Their Significance for Today,
Running Away Is Not the Answer,
Coping with Life and,
Homeward Bound.

The family would like to extend their sincere thanks for their wonderful care to Dr. Robert Graham, Dr. Tanya Munroe, and the doctors and nurses of the ICU and palliative care at the Colchester East Hants Health Centre.

Due to COVID-19, a private family celebration of David’s life will take place in Colchester Community Funeral Home.

However, friends who wish to attend are requested to join the online webcast.

A Webcast of the service will take place on Wednesday, November 4th at 1pm and available through the Colchester Community Funeral Home. You will find the webcast link on the left side of the obituary.

Memorial gifts may be made to the Heart and Stroke Foundation, the Kidney Foundation, Rotary House or the charity of your choice.

Tributes and webcasting of the service can be found on the funeral home website at: www.ColchesterCommunity.com