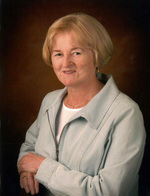 In Memory of
Geraldine Elizabeth
Young
Click above to light a memorial candle.
Memorial Candle Tribute From
Colchester Community Funeral Home
"We are honored to provide this Book of Memories to the family."
View full message >>>
Send Flowers
Menu 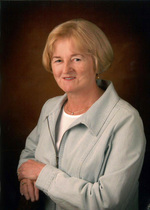 Young, Geraldine Elizabeth. Less than a month shy of her 85th birthday Geraldine Young (nee Langille) died on 14 May 2022. She is survived by her immediate family, son Malcolm, his wife, Colleen and grandson, Alexander, her son, Sandy and his wife, Miki. As well as her brother, Bryan Langille, niece, Gail Purdy, all other extended family members and so very many friends across North America.
Geraldine was predeceased by her husband, Group Captain (Re’td) Alec Young, RCAF, her parents, Nelson and Ella Langille and her sister, Connie Crowe.

Gerry, as she was known to many, was born in Stewiacke, Nova Scotia. Upon finishing high school, she graduated from business college and began a career in office administration. It was about this same time that she met and began to date Alec Young, also from Stewiacke, who was a newly commissioned pilot in the RCAF. Mom and Dad sustained a 3-year courtship while Dad was stationed in France in the early 1950’s and they got married in 1957. During the remainder of Dad’s 35-year military career, Mom managed over 17 house moves in Canada and abroad, she raised two sons and was very proud of her role as a military spouse. Later in life she returned to work, after we had grown up, having a successful management career in customer service with Simpson Sears.

Mom and Dad retired in the late 1980’s splitting their time between Nova Scotia and Florida. Mom took up golf later in life, which became a central part of her and Dad’s retirement. They made many friends in both Florida and here at home. In addition, Mom enjoyed keeping in touch with countless military friends from Canada, the US and other NATO nations.

Mom was a firm believer in staying active, being self-reliant and living life to its fullest. She showed that strong will and determination to the very end.

We would like to thank Dr. Dave Henderson and the compassionate care team of Ward 2 E in the Colchester East Hants Health Centre and the staff of Parkland Truro for the excellent care they provided to Mom.

Cremation has already taken place. A memorial service will be conducted on 17 June 2022 at 1:30 p.m. in Colchester Community Funeral Home, 512 Willow Street Truro NS. Webcasting will begin at 1:28pm (AST) and is available at www.ColchesterCommunity.com. The memorial service will be followed by a social to be held in the Truro Golf and Country Club, 86 Golf Street, Truro NS.