In Memory of
William "Bill"
Blair
1946 - 2021
Click above to light a memorial candle.
Memorial Candle Tribute From
Colchester Community Funeral Home
"We are honored to provide this Book of Memories to the family."
View full message >>>
Send Flowers
Plant a Tree In Memory of Your Loved One
Click Here
Menu 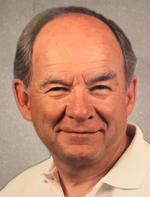 Blair, William Wilfred (Bill, Billy): It is with heartfelt sadness and grief, the family of Bill Blair, husband, father and grandfather, Bible Hill, announce his peaceful passing at the Colchester East Hants Health Centre on March 31, 2021.

Born in Truro on January 3, 1946, to parents Gordon E. Blair and Marina H. (Haggett) Blair, Bill grew up in North River with his three brothers, Gordon Jr., Ron, Brian and sister, Bernice. On his marriage to Christine, he moved to Bible Hill.

After graduating from high school, Bill went to work with his father, Gordon, at Blair’s Service Station and then went on to work with Ford tractor dealerships, Truro and Onslow. In 1972, he and brother Ron, began R&B Blair’s Sales & Service, a Bombardier (Ski-doo), and Kawasaki dealership in North River, a business they co-owned and operated for 35 years. Bill was well respected amongst his peers in the recreational vehicle business and R&B Blair’s was the recipient of several dealership awards over the years.

Bill was very athletic and enjoyed many sports. His favourite was hockey, a game he learned to play the old-fashioned way on outdoor ponds. He played right wing for the North River Aces, beginning with the Truro & District Hockey League when in his teens. He played with MacCarthy’s Electric and the River John Trail Blazers in the Pictou Rural League, and especially enjoyed his time with the Truro Bearcat Oldtimers. He had lots of fond memories with the Bearcat Oldtimers, including the Florida Classic where the team won the “A” Division Gold, and the Atlantic Cup, where the team also won the “A” Division Gold, as well as participating in many Monctonian Hockey tournaments . He enjoyed a Charity Exhibition Hockey Game with NHL Oldtimers and joined a group of friends with the Truro Cellar Doors in the PEI Oldtimers Tournament. He attended Truro & District Hockey League reunions in 1992 and 2015. He volunteered as a minor hockey and minor ball coach. And, as many of his friends would know, he was an avid Montreal Canadiens fan. He also had a great time playing road hockey with grandson, Adam, and attending his hockey games.

Softball with the Bible Hill All Stars, intermediate “D” Champs; volleyball; and another favourite, motocross racing were other sports he enjoyed along with snowmobiling, jet-ski watersports, and especially motorcycle touring with a special group of friends. After selling the business, Bill became a member of the Truro Curling Club and Riverrun Golf Club. Always the sportsman, but always competitive, he was especially proud of winning the curling stik championship in 2015 and 2016.
Bill was a member of the Masonic Fellowship Lodge 112, Truro.

Since 1993, Bill and Christine enjoyed their summer getaway at Brule Beach Estates, a place to relax at the beach with family and friends. There are also many fond memories of travelling to the UK, Europe, the Caribbean, Portugal, Alaska and Hawaii.

Bill was a man of inner strength and character who loved life. He greeted the world with a smile and a twinkle in his eye, ready to lend a hand where it was needed. He was dearly loved and will be sadly missed.

Arrangements have been entrusted to Colchester Community Funeral Home, 512 Willow Street, Truro, NS. Due to COVID-19 restrictions, the family will be holding a Celebration of Life service at the end of May, date to be advised. Donations in Bill’s name may be made to the Bible Hill Cemetery Company, St. David’s United Church, or a charity of choice. Condolences may be sent by visiting www.ColchesterCommunity.com