In Memory of
Garry Victor
Pye
1943 - 2021
Click above to light a memorial candle.
Memorial Candle Tribute From
Colchester Community Funeral Home
"We are honored to provide this Book of Memories to the family."
View full message >>>
Send Flowers
Plant a Tree In Memory of Your Loved One
Click Here
Menu 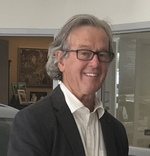 *** AS PER FAMILY REQUEST, please maintain social distancing and adhere to COVID-19 precautions at all times.


Pye, Garry Victor – Age 77, Truro. Truro Businessman, Garry Victor Pye, passed away after a hard-fought battle with cancer and cancer-related complications on the afternoon of Tuesday, April 6, 2021. He was 77 years old.

Garry was born June 12, 1943, the only child of the late Beatrice Louise Pye (MacCallum) and Russell Pye. He grew up in Bible Hill and attended school in Onslow and later at Success Business College. Over the years, Garry accumulated experience and knowledge working for Zellers and bookkeeping for Truro Volkswagen. His business career really started in the mid 1970’s when he purchased several small apartment buildings. This is when he realized his love and passion for business and working on a new “deal”! In 1983, he purchased Brett Motors (now Pye Chevrolet) which over the years led to the acquisition of four more dealerships. During this period, Garry enrolled in St. Mary’s University in the MBA program and graduated top of the class alongside of his daughter, Shannon, a very proud moment in his life. Garry truly loved the challenges of working in business and proved it by forging ahead. Through the years, he was involved in over twenty businesses that employed over 600 people, of which he was extremely proud included his family.

Garry is a first-generation businessman who worked hard to get ahead, believed in the value of a handshake and felt strongly that his success was not due to him but to the combined skills, energy and enthusiasm of each of his managers, employees and partners. One of those partners was his devoted friend, Brent MacGrath. They complimented each other with a passion and good sense for business, realizing that hard work and practicing good business ethics was the right direction for achieving success.

Outside of his business career, Garry loved to spend time at his summer home in Lunenburg, a place very dear to him. He loved the beauty and peacefulness of the rugged Nova Scotia shore where his grandmother (four generations) landed in the late 1800’s. Garry enjoyed boating, working in the woods and playing golf with his friends.

Sincere thanks to the doctors and nursing staff at the South Shore Regional Hospital, Fisherman’s Memorial Hospital and Colchester East Hants Health Centre, Earth Angels, Today’s Nurse and especially the compassionate care from the VON.
In lieu of flowers, donations may be made to the VON or SPCA.
There will be visitation on Sunday, April 11th from 2-5pm in Colchester Community Funeral Home, 512 Willow St., Truro, NS. COVID-19 restrictions will be in place. Online condolences may be sent to the family by visiting www.ColchesterCommunity.com